"I love the smell of book ink in the morning." Umberto Eco

"I love the smell of book ink in the morning." Umberto Eco

Croydon Literary Festival is now in its second year and is on the 27th of October in various venues in Croydon (sort of obvious from the name).

I would so love to be able to attend as there are two sessions I would really need to get to; John Otway, absolute hero and have always loved his work, and Kate Griffin, mainly to ask about Matthew Swift and any possible return for the Midnight Mayor…

You can book your tickets at https://croydonlitfest.com/on-the-day/ to get your tickets and support a new and interesting literary festival.

Food and drink are everywhere in the media, on TV, on Instagram, and piled up high in every bookshop. Why do we love words and pictures about food? And does every weekend baker and cocktail shaker have a book or a blog inside them? Authors Leah Hyslop (Made in London) and Henry Jefferys (Empire of Booze) talk about what makes them hungry – and what it takes to turn an idea into hardback reality.

Bestselling author Mike Gayle (author of 15 bestsellers including his latest, The Man I Think I Know) and first-time novelist Justin Myers (author of The Last Romeo and widely admired as blogger The Guyliner) in conversation with journalist and Mills & Boon author Elaine Canham about being a man in what’s still largely seen as a woman’s genre.

New Addiscombe-raised local legend John Grindrod is the author of Concretopia (a study of post-war architecture), the Wainwright Prize-nominated Outskirts (a personal account of the Green Belt and growing up on the edge of it). His latest, How To Love Brutalism, is about his admiration for the Marmite of architectural styles. He’ll be discussing this in his second visit to the Festival, after his hugely popular and entertaining appearance at our first.

You might not always read them in the loo, but a lot of humour books end up in the smallest room. Author and journalist Louis Barfe talks to Jason Hazeley, comedy writer and co-author of the Ladybird books for adults; Tom Jackson, the man behind the Postcards From the Past book, Twitter account and podcast; and Phil Norman, author of Closet Reading: 500 Years of Humour On The Loo, about the enduring appeal of humour books.

John Otway On The Route To 66

John Otway achieved a degree of what he calls micro-stardom in 1977 at the height of punk rock with Cor Baby That’s Really Free after landing painfully on an amplifier during the BBC’s Old Grey Whistle Test. But he was destined to be remembered as a one-hit wonder until becoming ‘Rock And Roll’s Greatest Failure’ – when he sold out the Royal Albert Hall, had a second hit and premiered his movie at the Odeon Leicester Square. Now he’s coming to Croydon boasting, “Cor baby, I’m an OAP on the route to 66”.

and there is much more why not check out the website at https://croydonlitfest.com/ 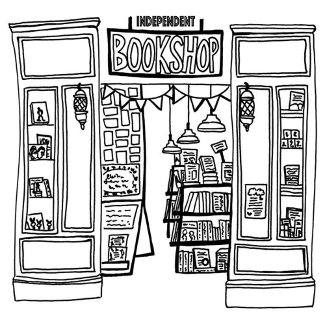